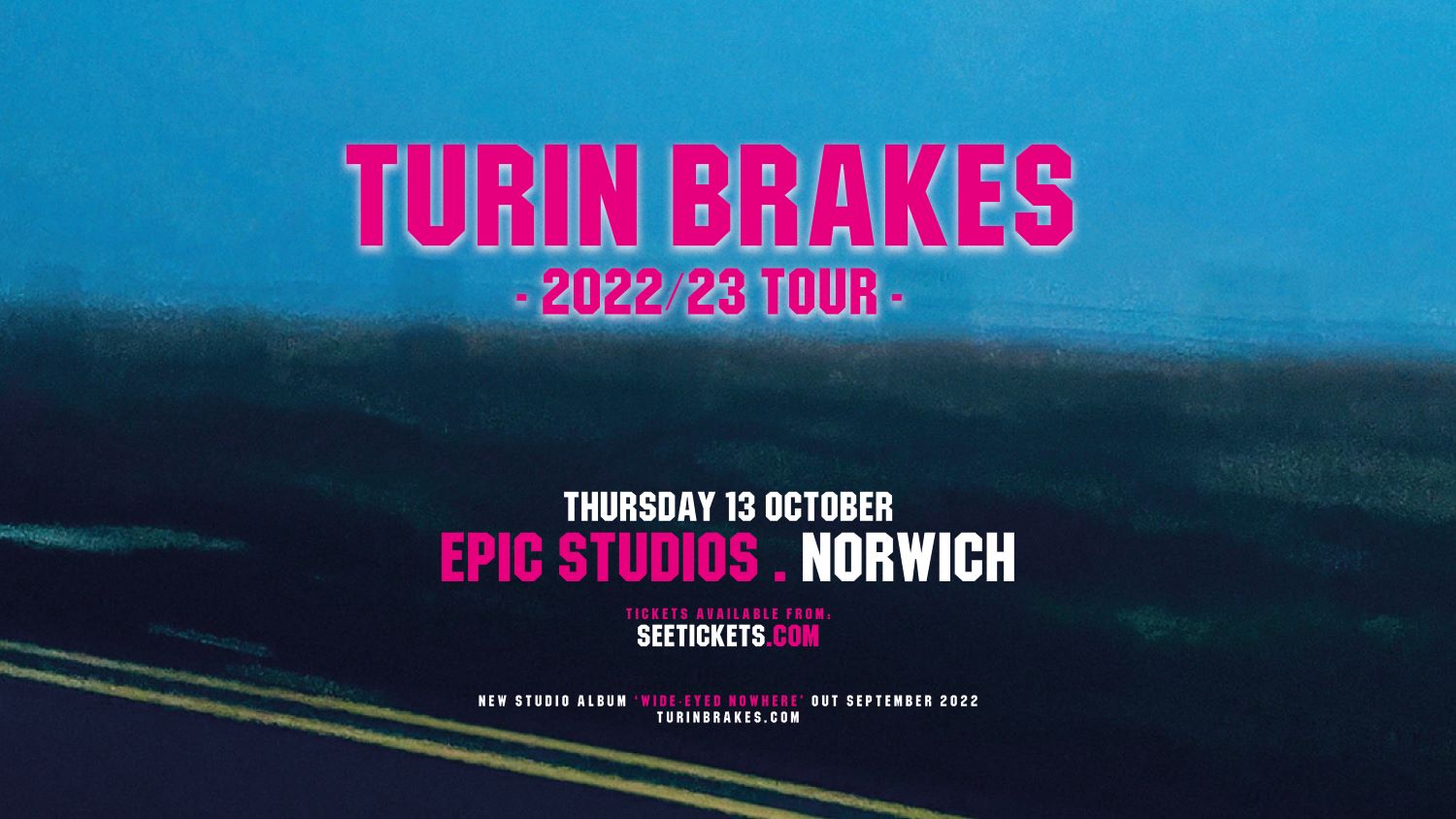 2022 sees Turin Brakes release their ninth studio album – Wide-Eyed Nowhere. The band will play a handful of festivals over the summer, followed by an extensive UK concert tour starting in September; ‘There’s always something magical between band and audience at our live shows and we can’t wait to get out and see everyone again… we’ve really missed it!’

Of Wide-Eyed Nowhere the band say ‘We surprised ourselves with what came out; a sweeter, groovier set of songs in no hurry to be anything but themselves.’ The South London 4-Piece comprising Olly Knights, Gale Paridjanian, Rob Allum and Eddie Myer recorded this new set of songs at Twin Palms – Olly’s garden studio – over the summer of 2021, choosing to let time infuse into the music and mature in a way it couldn’t in a pressurised commercial studio setting.

‘Friends would visit, kids would add a voice or two, bees would buzz and we’d get to sit in the South London sun while the music poured out of the speakers and floated across the lawn. Sometimes we decided it’s okay to just let it happen naturally, not to try too hard –  just get out of the way let the songs take shape, and that maybe you don’t have to be in a bad place to make the deeper cuts.’

The album is set for release on the 16th September on CD & Coloured Vinyl.

Turin Brakes released Mercury Prize shortlisted the Optimist Lp in March 2001 (achieving gold status in the UK), followed up by 2003’s Ether Song which featured the top 5 hit single Pain Killer (Summer Rain). The band has since moved on to rack up seven top 40 singles, seven top 40 albums and over a million record sales worldwide.

Tickets for the tour are on sale 10am 25 March https://turinbrakes.com