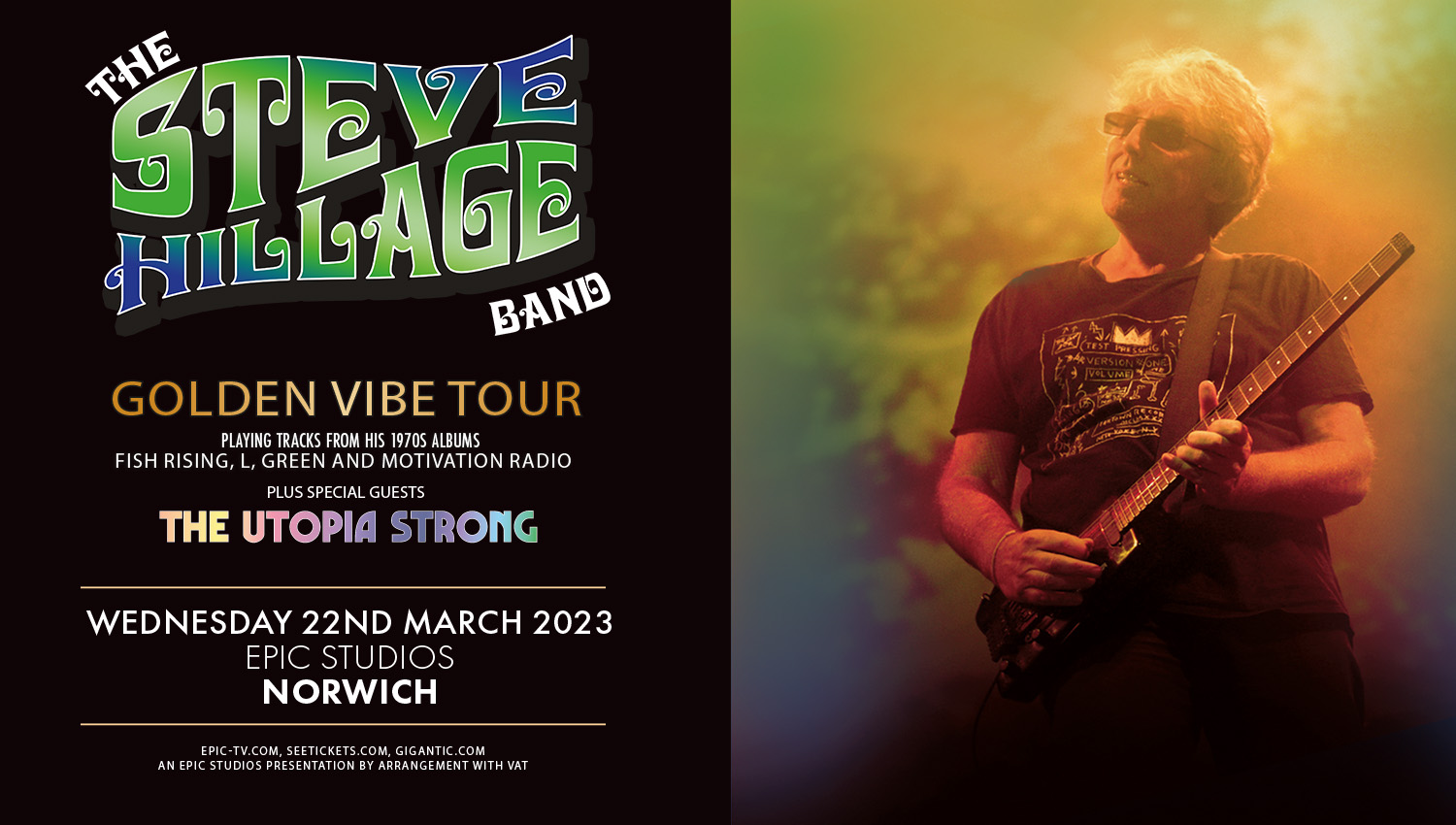 Originally planned for 2021 but postponed due to the pandemic, acclaimed musician Steve Hillage has announced a brand-new tour for March/April 2023 including a date at London’s O2 Forum Kentish Town.

Virtuoso guitarist, techno futurist, prog visionary, sonic wizard: From acid rock to acid house, musician Steve Hillage has been on an incredible, transcendent journey for the past 50 years. An integral figure in the Canterbury Scene and a key member of 70s cosmonauts Gong, Steve has gone on to forge a successful solo career that incorporates several ground-breaking albums as well as being one half of electronic project System 7. His CV includes collaborations with The Orb and Todd Rundgren as well as being producer of the Simple Minds post punk Krautrock inspired double LP Sons And Fascination/Sister Feelings Call.

Now Steve and members of Gong are returning to the stage for the first time in 3 years on a 12 date UK tour. playing cuts from his cherished solo albums Fish Rising, L, Green and Motivation Radio – plus a few surprises and never before played live tracks taken from Steve’s illustrious catalogue.