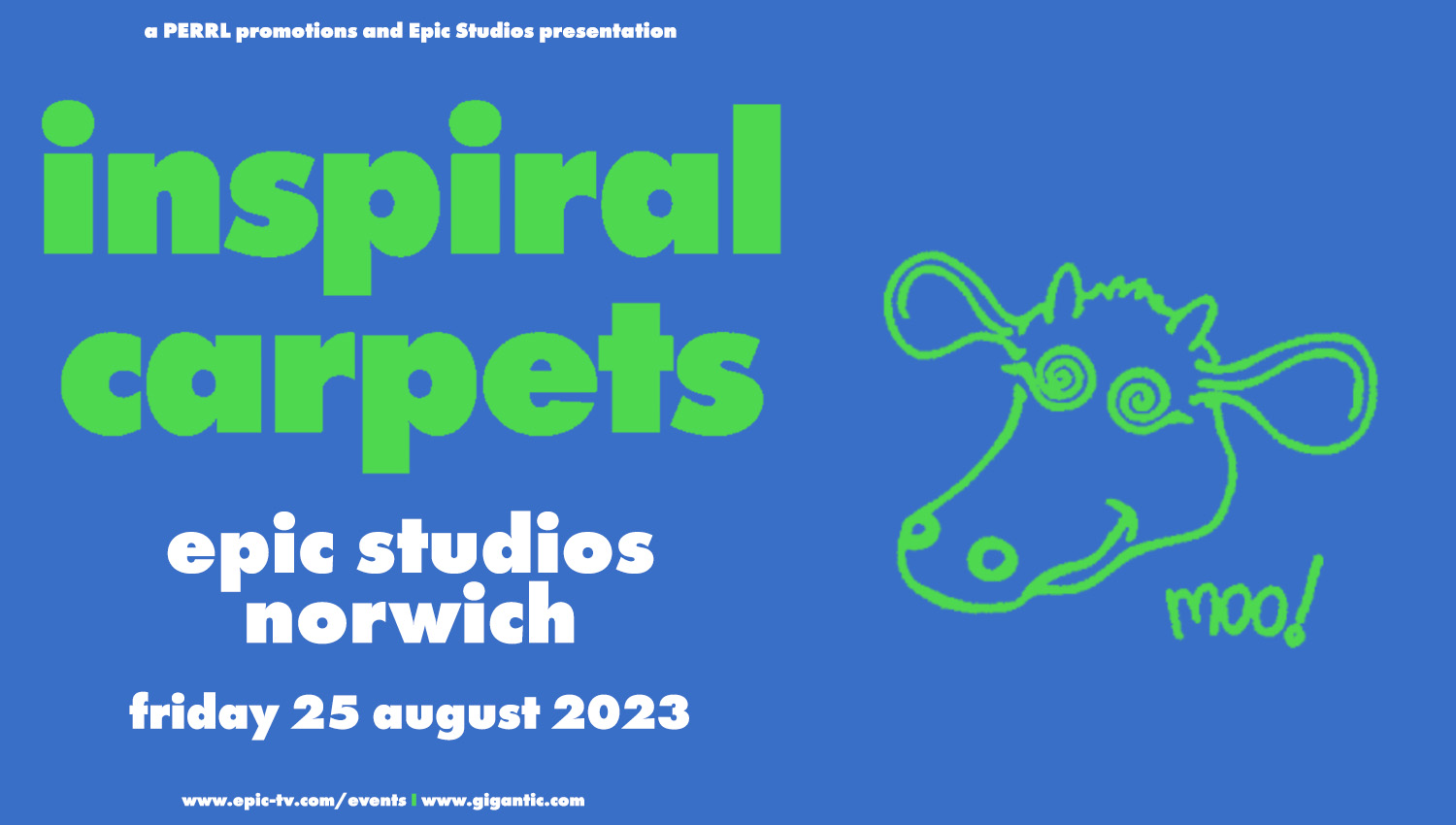 Today, Inspiral Carpets are delighted to announce their first live shows since 2015. These shows will be “a celebration of the music we created, which has brought so much joy to people over the last 34 years,” the band say.

A vital component of the infamous ‘Madchester’ movement, Inspiral Carpets formed in Oldham in 1980. Known for hit singles such as ‘This Is How It Feels’, ‘Saturn 5’ and ‘She Comes in the Fall’, they remain much-loved not only in Manchester but across the UK.

Inspiral Carpets last took to the stage in 2015 at Leeds O2 Academy – a venue they return to on Saturday 8th April, 2023. Following the tragic loss of their close friend and drummer, Craig Gill, a year later, they went on an indefinite hiatus.

“Craig’s death had a profound effect on many people. The outpouring of love from around the world at the time gave some comfort to his family and friends as we all tried to come to terms with what had happened.”

On the reformation, the band are keen to emphasise the celebratory nature of the forthcoming live shows, giving fans a chance to sing along to their favourite hits and commemorate the life of Craig.

“We know this will be an emotional journey for a lot of people, not least Craig’s family. We hope you’ll join us as we celebrate some of the music we created, and which has brought so much joy to people over the last 34 years.”