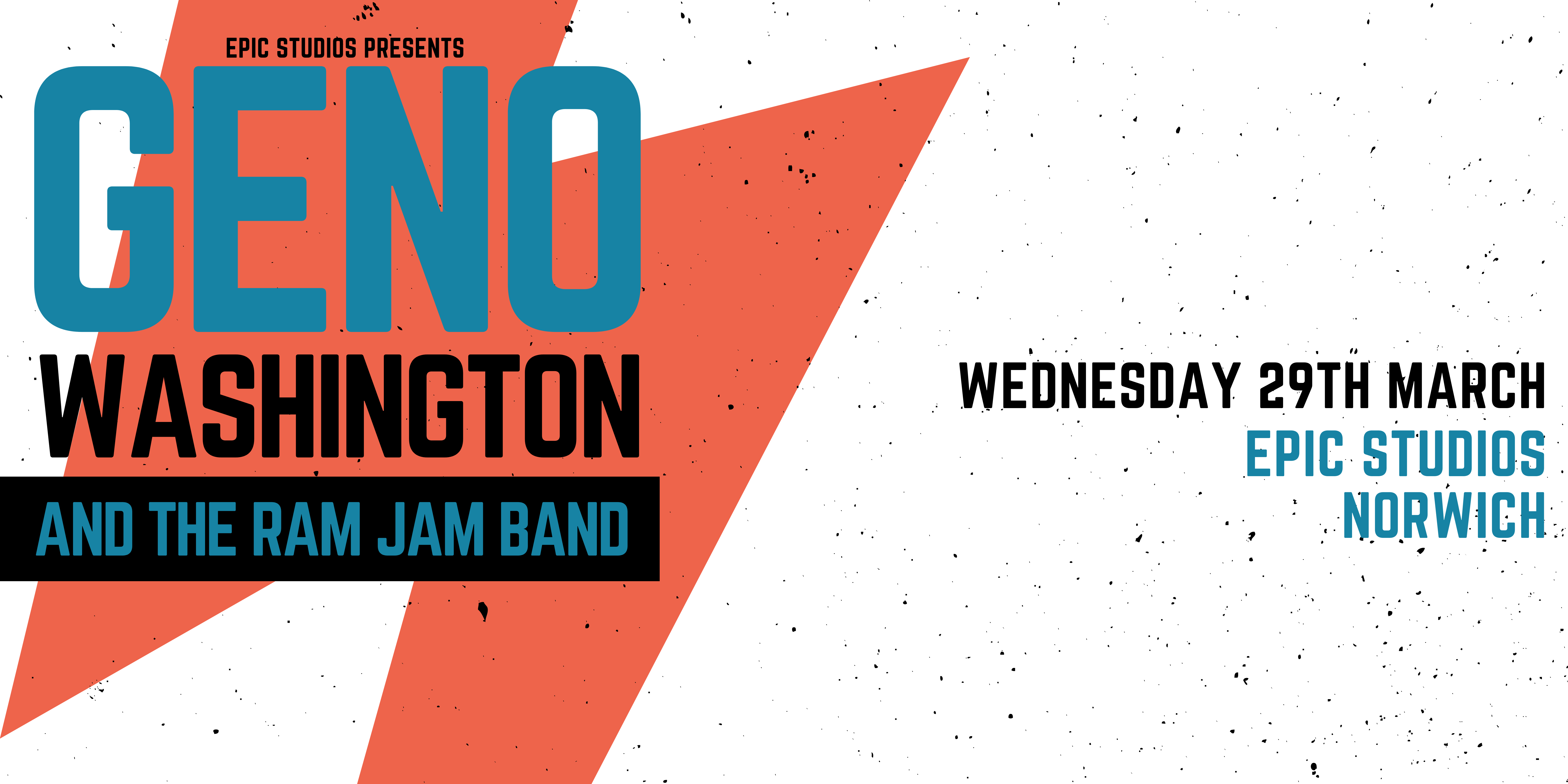 Geno originates from Evansville in Indiana, USA and first came to England in the 1960’s as part of the US Air Force. His love of Blues and Soul music soon found him jamming with local bands in and around Ipswich and eventually led him to London where he caused a sensation singing with top R&B acts Georgie Fame and the Blue Flames and Zoot Money’s Big Roll Band at the legendary Flamingo Club in Soho.  The rest, as they say, is history.

Geno teamed up with some of London’s hottest musicians and Geno Washington and the Ram Jam Band very quickly became established as the most exciting live band in Britain, regularly topping the bill over World famous artistes, as nobody in their right mind wanted to go on stage after a Geno show!

His live shows were immortalised in two of the biggest selling albums of the 60’s – “Hand Clappin’ Foot Stompin’ Funky Butt Live” and “Hipsters Flipsters and Finger Poppin’ Daddies”. His status as the undisputed “King of Soul” was cemented forever by Kevin Rowland and Dexy’s Midnight Runners in the 1980’s with the World-wide No.1 smash hit single “Geno”, which paid homage to the great man himself and is still played regularly today on national radio and at Geno’s live gigs both before and after shows.

Throughout the years Geno and his band have continued to tour extensively all over the World and have released several highly acclaimed albums and singles. His latest live double album simply entitled “It’s Geno Time”, recorded at the legendary Half Moon in Putney, is widely regarded as his best work to date: you only have to listen to the audience reaction to know that Geno has lost none of his magic as he and the band deliver a blistering set of Soul classics to a wild crowd who wouldn’t let them off stage!

Geno’s life long love of Blues and R&B has led to yet another chapter in his illustrious career with the formation of “Geno and the Yo Yo’s” which features the longstanding rhythm section of the Ram Jam Band (Geoff Hemsley on drums, Steve Bingham on bass and Greg Lester on guitar) which is a hard- hitting, fast-moving show of R&B / Blues / Soul classics that has audiences on their feet from start to finish and is receiving rave reviews wherever they play.