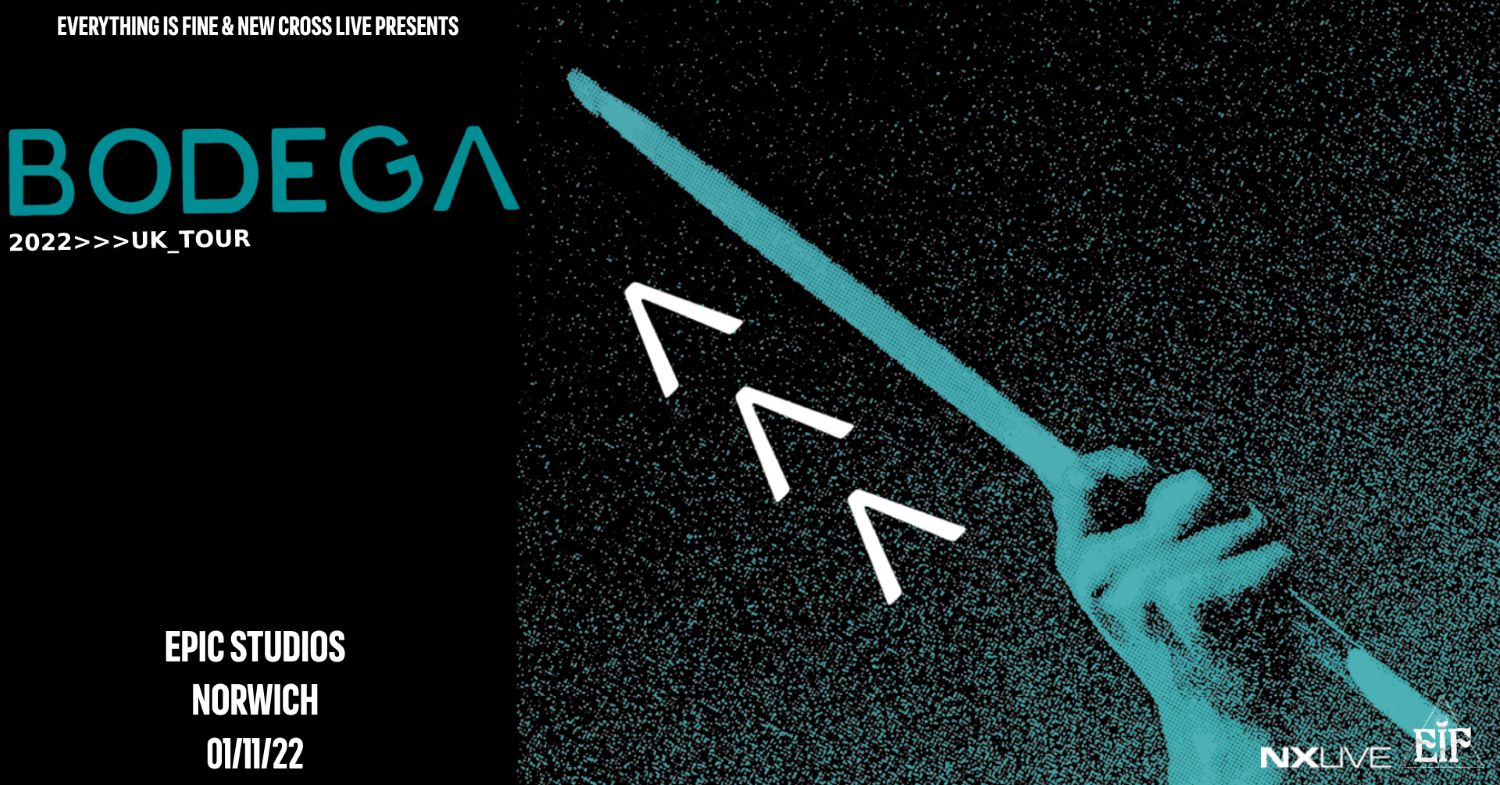 BODEGA’s new album was inspired by a book club. In the early months of 2020, the Brooklyn art-punk incendiaries gathered together with close friends to study the works of a wide range of philosophers. Passionate debates lasting long into the night became a regular occurrence, motivating the band to become as ideologically unified as the weighty tomes they were reading. Broken Equipment is BODEGA’s attempt to interrogate the external factors that make them who they are, propelling existential quandaries with tongue-in-cheek humour, highly personal lyrics, and irresistible grooves.

In the album’s opening moments, vocalist Nikki Belfiglio urges listeners to “watch the thrown.” She is joined by fellow founding member Bodega Ben, who details various ways his personality is constantly influenced, or “thrown”, by phenomena such as “big rock ads” or ‘“the itch on my back.” This opening song (“Thrown”) serves as a thesis statement for the record’s multi-faceted exploration of how ideology and identity are shaped, but never fixed.