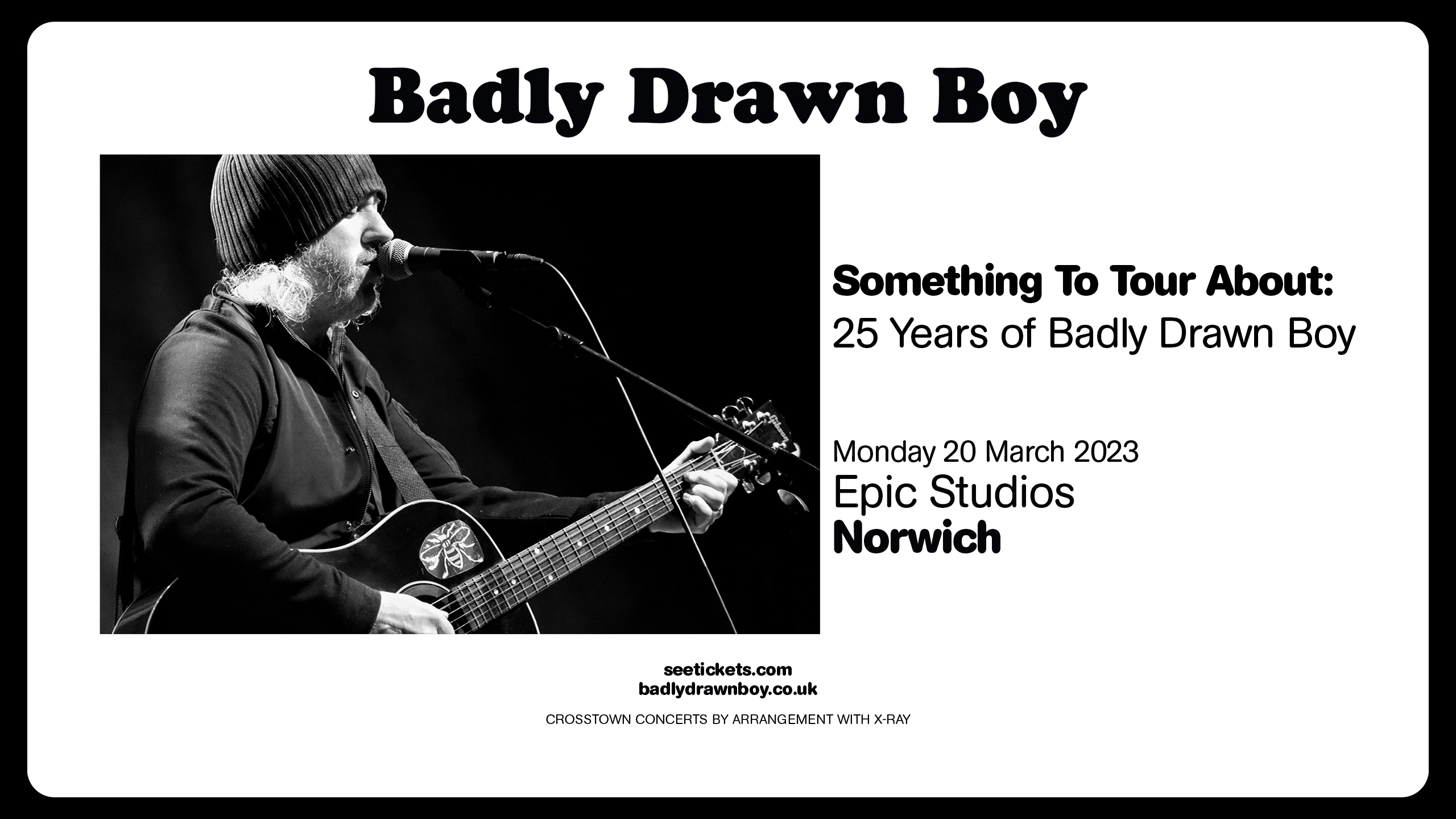 Damon Gough aka Badly Drawn Boy is proud to announce a series of intimate
shows to celebrate 25 years of releasing music. Starting in Norwich at Epic
Studios on March 20th, the tour culminates at London’s Alexandra Palace Theatre
on April 4th. The shows will feature a career-spanning set of hits and fan
favourites as well as being his first full headline tour since 2020’s album ‘Banana
Skin Shoes’. Gough says about the tour:
“I’m delighted to announce I’ll be doing a tour in March and April ’23… Playing
some pretty special venues. This coincides with my 25th anniversary as a
recording artist so I’ll be playing songs from across my career, including
favourites and some rarities and deep cuts. I’d like to think this is the tour I’d
want to see if I was a long time fan. Very much looking forward to it and hope to
see you there.”
It’s hard to predict what he will play from such a beautiful and eclectic
discography that over nine albums has earned him the reputation as one of the
U.K.’s most treasured songwriters. From his still-towering, Mercury Prize
winning debut The Hour Of Bewilderbeast in 2000 to the enthralling
soundtrack to Nick Hornby adaptation About A Boy (from 2002); Have You Fed
The Fish? (also 2002) which featured You Were Right, his biggest single to date;
the mental-state-of-the-nation epic Born In The U.K. (2006) and his most recent
album Banana Skin Shoes released in 2020 which due to Covid hasn’t been
played much live despite being heralded as one of his best albums. Knowing
Damon he’ll mix it up each night – when you’ve got a repertoire like his, why
wouldn’t you?